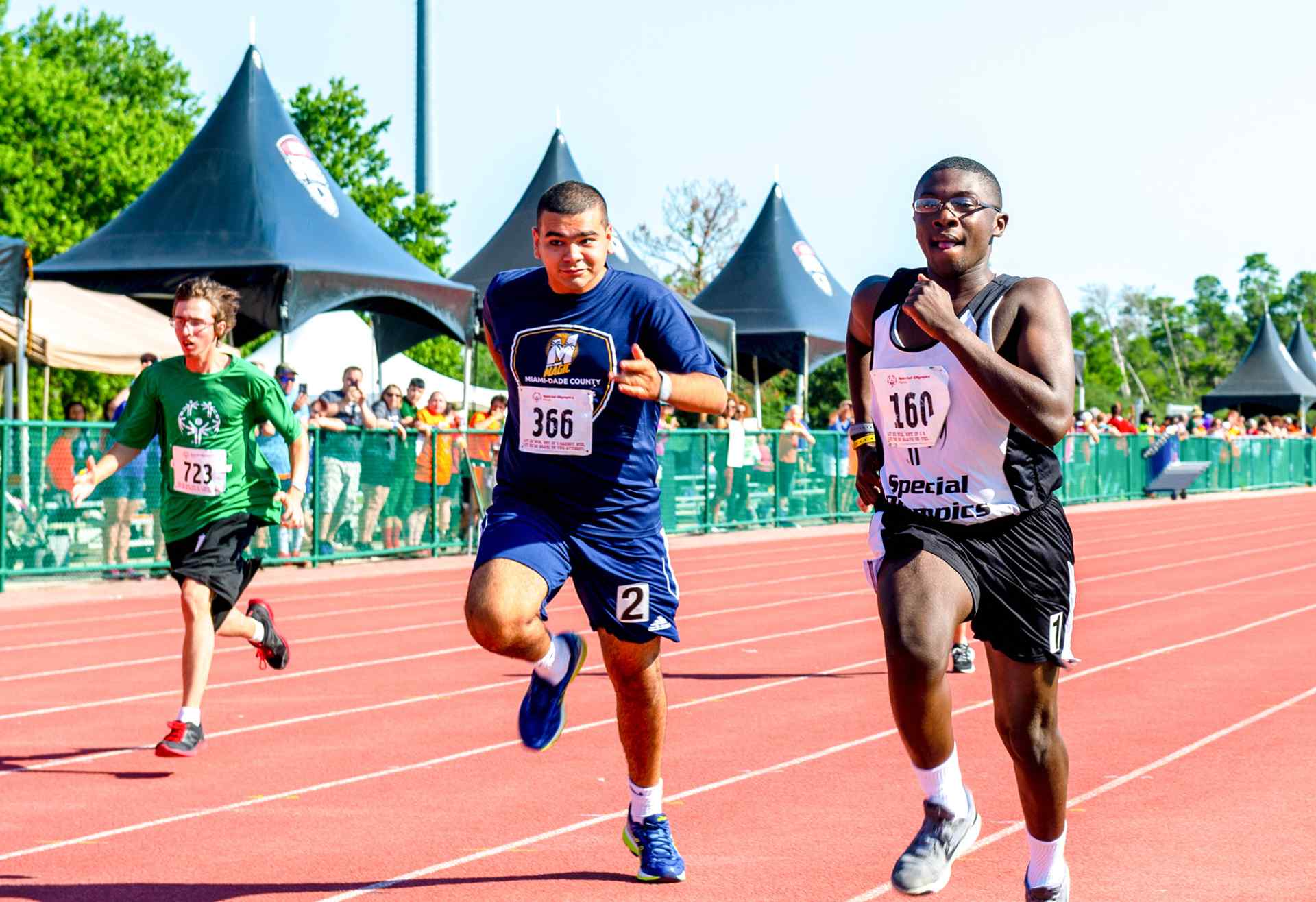 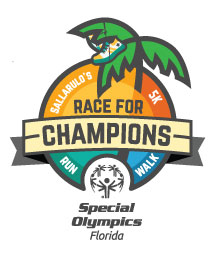 All it takes is a little heart and "sole" and you can be a champion too. Help us recruit your friends, family, and co-workers, and together you can walk or run to join a powerful new generation that celebrates all abilities.  Your contributions support athletes across Florida and in your neighborhood. Your donations build a culture of inclusion, and show children and adults with intellectual disabilities that everyone is valued, and that everyone has unlimited potential.

It’s not easy keeping up with Sergio Cano. The New Jersey native seems like he’s always on the go.  He competes in basketball, athletics, and softball. Previously, he participated in swimming and, for a time, was a South Florida champion in the butterfly stroke.

These days, Sergio spends his time training for and competing in 5Ks around Florida and the Bahamas. He hits the gym three to four times a week and, occasionally, runs half marathons.  Did we mention he’s also a black belt in Taekwondo?

When he’s not training – or winning medals – Sergio likes to read science books, hang out with friends, and work at a sports-themed restaurant, where he’s been employed for several years. His goals are to earn a spot competing in the Special Olympics USA Games and, ultimately, the World Games.

She joined at age 8, during a time when she was struggling socially. Soon, she was meeting people and connecting. She says Special Olympics Florida boosted her confidence and gave her a place where she felt welcomed and accepted.

Today, Michelle is a leader in the fight for inclusion and a passionate advocate for people with intellectual disabilities.  “Athlete leadership means the world to me,” she says. “We can work together as one to spread the awareness of inclusion to everyone and to help our fellow athletes follow their dreams and passions with no judgments.”

Lee Scharf says Special Olympics Florida changed his life. It made him a better athlete, gave him the chance to visit amazing places, and connected him to a group of incredible people.

Lee’s pretty incredible himself. An elite swimmer, he’s competed in three Special Olympics World Games, winning multiple gold medals and breaking records along the way. In 2008, he set a world record in the 50-meter breast stroke at the 4th Down Syndrome International Swimming Organization Championships in Portugal.

Lee, a Publix employee for 14 years, owes his success to a relentless work ethic that often sees him training five times a week with the Pompano Beach Piranhas. Through his attitude and effort, Lee has become a much-admired figure within Special Olympics Florida swimming.

Participates in: Athletics (Track and Field), Bowling, and Swimming

Julie has been part of Special Olympics since she was 8-years old. She’s competed in athletics (track and field) and bowling, but swimming is her true passion.

Over the past 29 years, she has competed in countless swim meets, collecting a slew of gold medals and first-place ribbons. Julie does open-water swims, is a member of the Hammerhead Masters Swim Team, and, over the past three years, has won top ten national honors. In 2014, she picked up three gold medals at the 7th Down Syndrome International Swimming Organization World Championship and International Competition in Morelia, Mexico.

She’s been a dedicated employee of Boca Habilitation Center since 2005. Julie loves competing, but what she values most are the friendships she’s made through Special Olympics Florida.

There’s a photo of Joshua training in the pool that sends an unmistakable message: When he’s competing, he means business. It shows Joshua exploding from the water, head up, arms powering into the next stroke. It’s impressive, and a little intimidating.

Joshua has been a Special Olympics athlete for five years. He’s competed in a number of sports, but his favorite is swimming. His training is guided by a simple principle: “Hard work beats talent when talent fails to work hard.”

This year, he’s taken that mentality outside the pool and, for the first time, is participating in triathlons.  He acknowledges the cycling and running are a challenge, but true to form, Joshua just keeps working: “I work hard and keep getting stronger every day,” he says. “I now love to run and can’t wait to see where running takes me!”

Kerry’s athletic resume is seemingly endless. Cheerleading, basketball, swimming, volleyball, bowling, surfing, stand up paddle...she’s done them all. Somewhere in there, she attended the Special Olympics World Games for alpine skiing.  But, like so many of our athletes, her accomplishments extend far beyond the slopes or pool.

Kerry’s experience with Special Olympics gave her the confidence to try new things. She learned to express herself and speak to groups.She became an Athlete Leader and, for more than 12 years now, has been a staff member at an adult training program for people with disabilities. Recently, she received a promotion. She’s also become a coach in several sports, helping other Special Olympics Florida athletes reach their full potential.

Participates in: Swimming, Stand Up Paddle, and Open Water Swimming

She was part of her high school’s varsity swim team and swam for a competitive club team in her hometown of Plantation.  Gina says her success in the pool has carried over into her life outside of swimming, boosting her confidence and sense of self. “The best thing about being involved in Special Olympics,” she says, “is meeting a group of people who truly accept me as I am.”