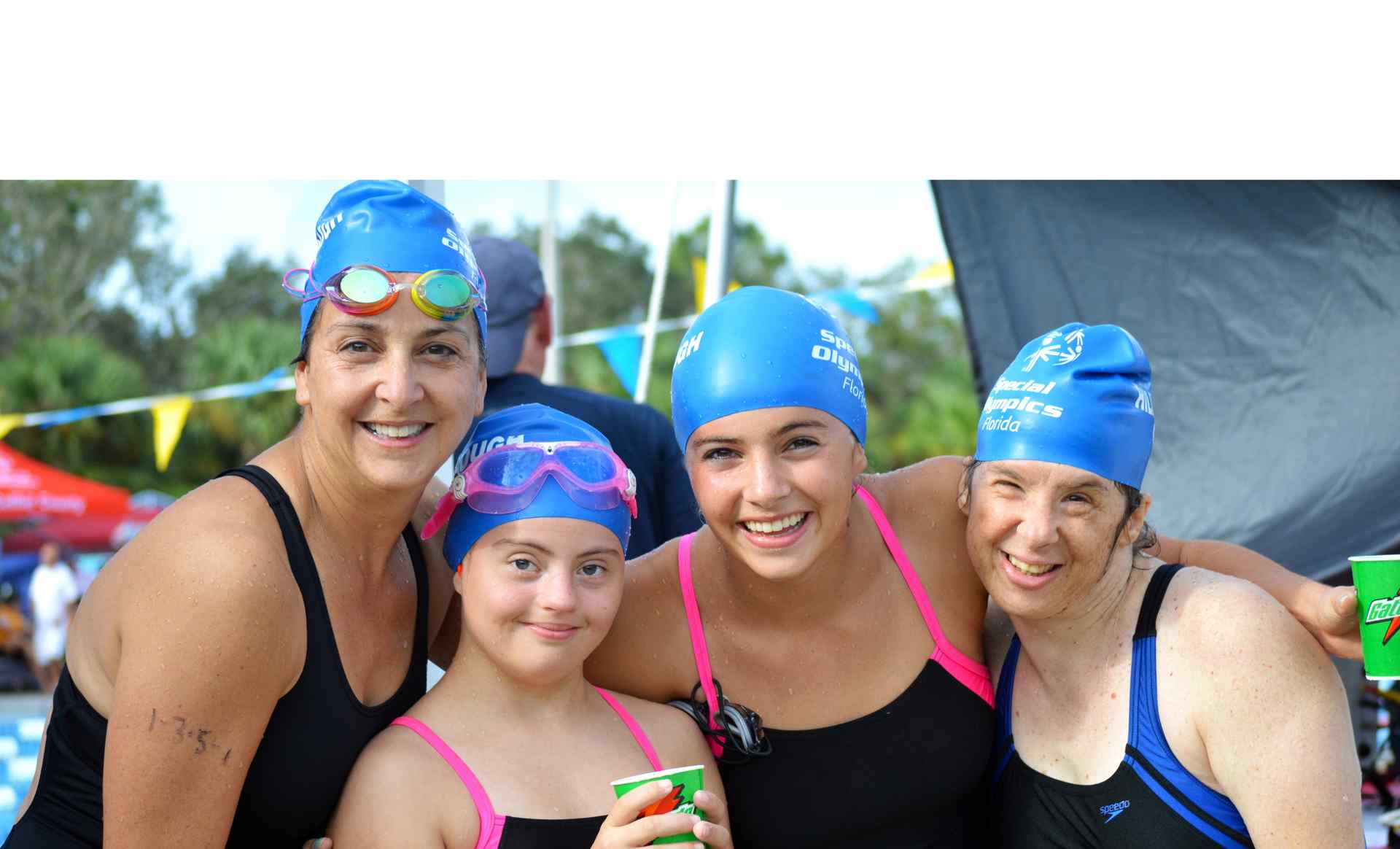 
We are not just champions. We are the ambassadors of an uprising.

As icons of success in sports, Inclusion Ambassadors generously lend their time, talent, and resources to support our mission. They are inspirational role models who share a belief in the power to come together, break down barriers, and foster a world of inclusion while supporting Special Olympics Florida's expansion of sports, health, youth, and education programs.

Miami Marlins pitcher Anthony Bass is best known for his work on the mound, but the veteran reliever is going to bat for Special Olympics Florida’s Race for Inclusion. Bass is our first Inclusion Ambassador, and we couldn’t be more grateful.

“I support the Race for Inclusion because I want people with intellectual disabilities to have every opportunity to live full, satisfying lives,” he said. “I want them to have the same chances we all deserve. Now, I’m asking you to join the team.”

Recently, he recorded a video message, urging viewers to get involved.

Bass signed with the Marlins in 2021, but he’s been playing pro ball since 2011. A Michigan native, Bass played college baseball at Wayne State University. He was the highest Major League Baseball draft pick in Wayne State history.

Since his arrival in Miami, Bass has been a strong supporter of Special Olympics Florida. In addition to being our first Race for Inclusion Ambassador, Bass was one of the celebrities who volunteered to tell a group of our athletes they were headed to the 2022 Special Olympics USA Games.

Miami Heat forward Duncan Robinson is tailor-made to serve as a Race for Inclusion Ambassador.

Like many of our athletes, he knows all about challenges. He’s a former Division III player who worked his way to stardom. Undrafted in the 2018 draft, he came up through the NBA’s developmental league, ultimately emerging as one of the NBA’s best long-range shooters. Playing for the Heat, he set team records for 3-pointers made in a quarter, in a half, in a game, and for the season. He reached 500 career 3-pointers in 152 games, an NBA record.

Robinson loves stories about athletes – and others – smashing expectations and overcoming obstacles. He highlights those stories in a podcast he hosts called The Long Shot.

“The athletes of Special Olympics Florida are incredible,” he said. “They compete with as much intensity and joy as any NBA player I know. I’m thrilled to join them in the Race for Inclusion and to stand with them as we work to build a more accepting, inclusive world.”

It’s a natural fit for Neville, who’s also a patron of Royal Manchester Children’s Hospital in England. His daughter, Isabella, has cerebral palsy, and he’s seen first-hand how inclusion has made a difference in her life.  Isabella has challenged – and shattered – expectations by becoming an athlete and a successful model.

“Having a daughter with a disability makes you even more keen about equal opportunities,” Neville has said. “It's about her having the opportunity to do things that everyone else can do.”

Well said, coach. We couldn’t have put it any better ourselves.

Steph Roble has spent most of her life racing on the water, and she has the accomplishments to show for it.  A two-time sailing All American, she captained her team at Old Dominion University. She’s won a World Championship, five National Championships, and, for 2014, was named the U.S. Sailing Rolex Yachtswoman of the Year, the highest award in American sailing. In 2021, Roble represented the United States at the Tokyo Olympics.

Like our Special Olympics Florida athletes, Roble is committed to the sport she loves. When the pandemic scuttled training on the water, she maintained a busy workout schedule that, at times, included pulling sled on the sidewalk in Miami.Roble has been equally dedicated to helping our Special Olympics Florida athletes. She’s done virtual training sessions with our Miami-Dade stand up paddle team and appeared in our Fit 5 Like a Pro videos.

“I am so excited to be an Inclusion Ambassador,” Roble says. “I love the idea behind this campaign, and I’m so happy to support it.”

Like our athletes, Jared Wolfe knows what it’s like to work hard for your goals. The Louisville, KY, native spent 11 years trying to make it as a professional golfer before earning his PGA TOUR card through grit and persistence. He made his TOUR debut in September with his proud parents and friends watching. “Every morning I’m waking up right now,” he says, “it’s like a dream come true.”

Wolfe is eager to help the athletes of Special Olympics Florida live out their dreams, so he’s signed on as a Race for Inclusion Ambassador. He wants to help ensure that people with intellectual disabilities have the same opportunities he had –- the chance to work hard at something they love, the chance to shape their own futures, the chance to succeed or fail on their own terms.

“I’ve always been encouraged by Special Olympics athletes and have always supported the initiative.  I volunteered in my hometown when I was in college,” said Wolfe. “So, I’m honored to be part of the Race for Inclusion and the mission that drives it.”

No one played harder or had more fun on the basketball court than Bo Outlaw. During his 14 years in the NBA, he became a fan favorite for his tremendous athleticism, relentless defense, and easy smile.

Outlaw spent six-plus seasons with the Orlando Magic, playing a key role on the team’s popular 1999-2000 “Heart and Hustle” squad. For the Magic, he ranks third in career blocked shots, fifth in rebounds, and seventh in steals.

He was equally active off the court, winning the team’s Rich and Helen DeVos Community Enrichment Award three times. He now serves as a Magic Community Ambassador.  "I’m supporting Special Olympics Florida’s Race for Inclusion, because I know Special Olympics athletes show as much heart and hustle as I did,” Outlaw says. “I want to help those athletes in any way I can.”

Mack Hollins worked hard to reach the top.  He got his start in big-time football as a walk-on at the University of North Carolina. Drafted by the Philadelphia Eagles in 2017, he played a major role in the Eagles winning their first Super Bowl. Hollins spent three years with the Eagles before heading to the Miami Dolphins, where he has proven to be indispensable on and off the field.

His passion for working in the community consistently shines through, from his work with Special Olympics in Philadelphia and Miami to volunteering at schools to advocating for inclusion for all, Hollins is one of the most philanthropic players in the league. In addition to serving as a Race for Inclusion Ambassador, Hollins is a Champion Ambassador for Special Olympics International.

"The greatest thing about being part of Special Olympics, is being around Special Olympics athletes,” he said. “I’ve had the opportunity to meet some incredible people. It’s just an honor.”